“I’m an assistant to…” Who would you give up your life to join on their journey?

I’m 36. I’m doing exactly what I want to be doing (being an entrepreneur and starting a company I’m inspired by). I’m married to an incredible woman. I have a group of friends who keep me humble and laughing (great combination). I’m happy.

However, I was asked a question by a friend of mine who said, “Who would you drop everything for to be their Assistant, their Chief of Staff, their EA?”

I responded with the obligatory, “I’m exactly where I want to be…” blah blah blah.

“No,” she interrupted. “Who would you drop everything to work for, today? Not like report to them, but to be their assistant. Follow them around. Be in every meeting. Be like Leo in West Wing. That guy — the true assistant and guy who gets to see it all? Who would you give it all up for?” 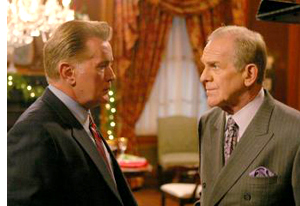 The Ultimate Mentor
It’s a challenging and thought-provoking question and something I couldn’t even answer at the time. This isn’t just an ‘oh, I’d love to work at X company.’ This is who would you give up your job, your path, your life to work for as their behind the scenes, get-shit-done, carry the briefcase guy. Who would you follow in the ultimate mentor role?

It’s an odd question to truly contemplate — particularly when you are on a path that you love. But as someone who prides himself on wanting to learn, improve, grow and make a dent, I realized that there are a few people I’d truly have to consider dropping everything for.

Who are your “put your life on hold” relationships that you believe could change everything? Would you work for Obama, Bill Clinton or how about Hillary Clinton? How about Meg Whitman, Steve Case, or Steve Balmer? Would you leave for a shot with Katy Perry, Ashton Kutcher or Brad Pitt? Could it be Carlos Slim or Bill Gates or Michael Bloomberg?

My “Gotta Think About It Seriously” List
After spending some time thinking about the handful of people I’d be willing to go “all in” with, I came up with my seven. Here’s that list (in no order) of people I’d have to breath deeply, think long and hard and discuss with my wife to leave it all and work for them if the opportunity presented itself:

It’s a unique list. It’s a list I had to really consider. Each one has a very different rationale and would set life on a very different path. Some align with my life (Branson, Sandberg, Buffett) and some would be a complete change (Bono, Dalai Lama, Oprah). But each is someone that would force me to say, “Do you put it all aside to attach yourself to someone amazing?” Are there other people I’d consider? Most definitely. But this group is certainly a set that would be hard to turn down — that ask would make me stop and consider my path. Not an easy thing to think about.

But those are mine. It’s a little intimidating to be honest about who you admire enough to drop everything. But I think we’ve all got them. The more you love what you are doing, the more you may need to think hard about who you’d actually follow.

It’s a great process to think about. Write your list out. Maybe it’s categories of people. Maybe it is someone you find inspiring for some other reason. If you can find a way to spend time with people you find amazing, do it. Mostly it helps define who inspires you to model your career, life and time around.

Who would you give it all up to follow?

Don’t Found a Company unless you Love Excel

“(Venture backed) Startups are all about math. Sooner founders realize that, the less emotional trauma & confusion they’ll experience.” - Om Malik (@om) Excel. Yes, you may scoff at it because it is a Microsoft product. Or you may... Continue →