This startup game is a challenging one. Honestly it is challenging as hell. What many people forget about startups is that the successes (however you define it) are the results of hundreds of thousands of failures along the way. I get why there is some level of hero worship in startups; it’s because anyone who has been through the gauntlet from idea to scaling something has made it through a [Tough Mudder](www.toughmudder.com) where they use real knives and bullets.

So I don’t mean to be overly dramatic, but it’s easy to forget that BIG gap that exists going from a decent idea to really having a business on your hands. It’s f-ing hard and so those who have gone through it forget.

Three weeks ago, I was given the opportunity to go through one piece of that early (and super difficult) journey with 24 entrepreneurs here in DC. The program, called [NEXT](www.swnext.co) is powered by Steve Blank’s customer discovery curriculum and the [Startup Weekend](www.startupweekend.org) team. It brings together very early entrepreneurs who have an idea they are passionate about, most likely have some team they are working with and may even have an early product or prototype. What most of these entrepreneurs haven’t had yet is much of the harsh reality that is on the horizon.

And that’s where we came in. A team of organizers, coaches, mentors and community leaders plus daily activities that involved talking to 50+ customers over three weeks designed to push people – and push them hard, with really honest feedback, a requirement you stop building anything and being forced to ‘get out of the building’ and talk to customers. Every. Day.

It’s startup bootcamp. We essentially push teams for 3 weeks to unlearn bad habits, get out of the building and talk to (a lot of) customers, and be brutally honest about their business. It’s no-nonsense. And it is just as awesome as it sounds.**

The results: Twenty-four individuals who got some pretty harsh feedback and survived – nope, they thrived. And that’s why the last three weeks were so amazing for me as their “sherpa” through this shared customer discovery process. Will we have a Facebook or Fab or an Instagram on our hands? Who knows – but I’m confident we’ve now got more folks that won’t buckle when their first product bombs, their co-founder leaves or customers aren’t coming. And that’s the best feeling ever.

Here’s the nine things I learned from this experience of running NEXT here in Washington, DC:

In the end, I am proud to call myself an educator; more specifically a NEXT Instructor. I truly believe the hours I invested into these 24 new friends and entrepreneur was incredibly well spent. I will teach again and every coffee request will be greeted with a “Listen, I’d love to meet – but come to NEXT and let me help in a more structured and useful way.”

If you are an entrepreneur who has gone through the gauntlet or an investor who knows what it takes to make it through, then join me in educating and pushing early entrepreneurs to up their game in your community. Yes, it’s tiring and yes it was time away from my startup. But I will 100% say it was the best investment I’ve ever made into people in my community. If you are interested in learning how to teach this directly from amazing guys like Steve Blank, then get involved today.

It’s the best way I’ve ever seen to give back. Wanna join me? 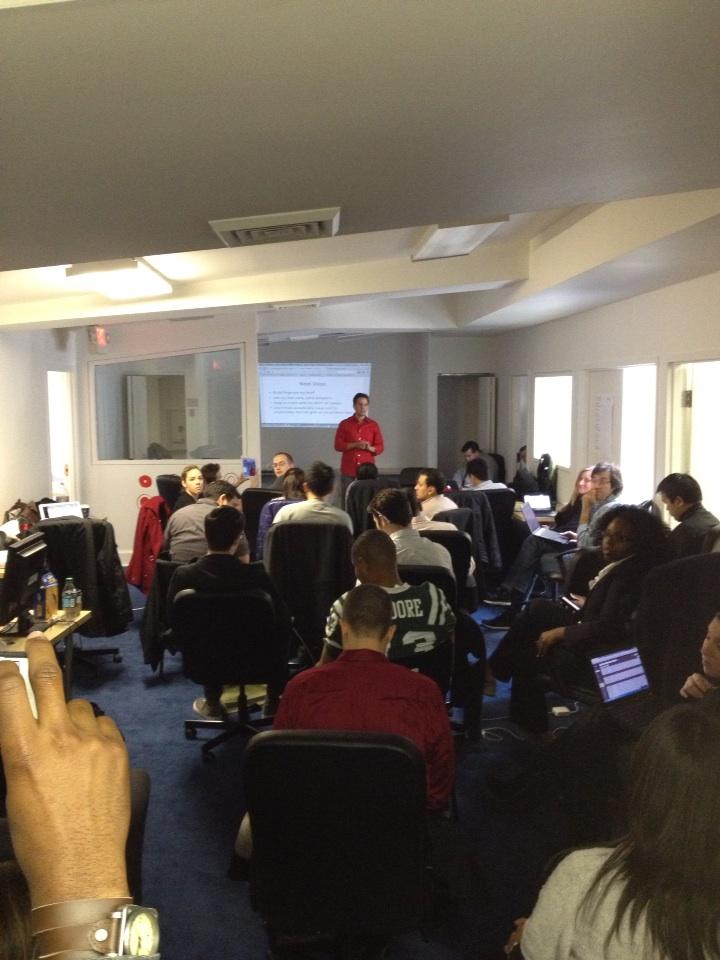 Cancel the Hard Ones, Not the Easy Ones

Meetings. It’s the bane of many people’s existence and the butt of thousands of comic strips. I’d be willing to bet that in 85% or more of all meetings with three plus people, that at least one of the meeting participants utters to... Continue →